[News Report] One Year after Disability Rating System Abolition: What Really Happened to the Disabled People 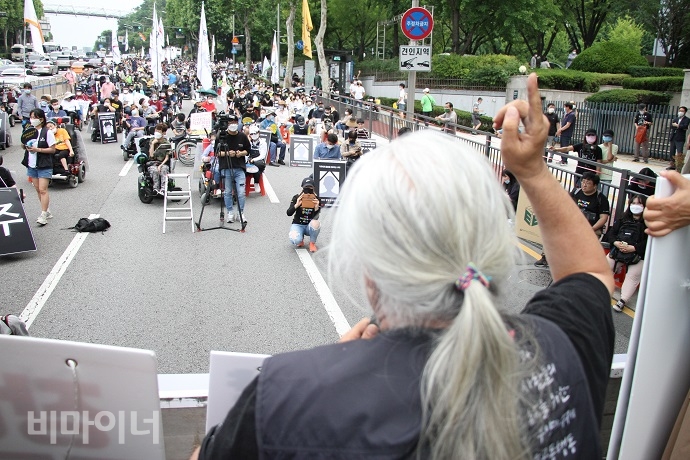 Korean disability organisations had long been fought against an eligibility criteria called “Disability Rating System”. The system introduced in 1985, with the Disability Welfare Law.The system divides persons with disabilities into 6 grades by medical standard. It long had been criticised for its inability- and impairment-focused design and also for the way of adaptation in service provide process. Disability organisations insisted that the system does not allow PWD to receive services on the basis of individual needs, but only fits people to the system, and let them live with limited disability service-including personal assistance.

It resulted in lower level of life, ignorance, segregation, even to death. The Solidarity Against Disability Discrimination(SADD), one of the disability organisations in South Korea, held a sit-in at Gwanghwamun subway station for 5 years(2014~2019) to abolish the DRS, the Family Duty of Support, and institutionalisation.

Last year of 2019, on 1st July, Korean government finally abolished the DRS. It announced that the eligibility for disability services will be assessed with “Disability Service Comprehensive Assessment Sheet”, which allegedly will assess needs of each disable people and provide tailored support. However, disability organisations including SADD assert that the government’s new model is not a ‘Real’ abolition of DRS. 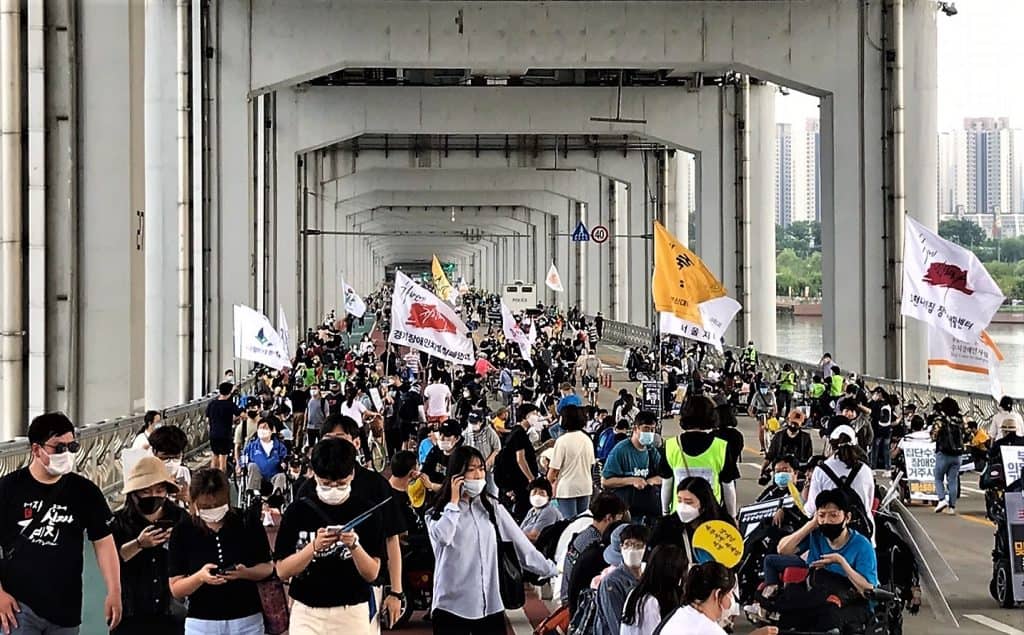 What fears the PWD the most is uncertain future. According to the Ministry of Health and Welfare, 19.52% of newly assessed disabled people became to receive lower amount of personal assistance. Among them, 6.6% were assessed to receive PA service 30~150 hours lesser per month. So far, the only solution for declined service receives is ‘Assessment Exception’, which preserve current amount of PA service for three years. However, the ministry still does not come up with further plan after three years.

Furthermore, persons who wants to receive disability service cannot reflect their voice in the assessment. It totally depends on the assessment practitioner, and the disabled person cannot know how they were assessed until the result comes out.

On the first anniversary of DRS abolition, 1st July 2020, over 1,000 people participated to a rally, which organised by SADD to reveal the bare face of the government’s new model, which did not really move the power to decide who can receive how much. (press report: http://theindigo.co.kr/archives/6114)

“The new model is just well-wrapped DRS, so the disabled people cannot actually feel the changes in their life” Seo Mihwa, the head person of Jeonnam province SADD, siad at the rally. “The government still does not provide 24 hours of personal assistance service for the persons with most severe disabilities” she continued, “Seeing the result of the assessments with the new assess system, there was no one was eligible for the full service currently provided from the government.”

Ahn Jaesung, a participant to the rally, received needs assessment last November and it resulted to less personal assistance service. Originally, he received 391 hours per month, but after the new assessment, he will only receive 350 hours. He filed a complaint, and become the object of “Assessment Exception”. However, after 3 years of the exception, he doesn't know what will happen. “Doesn't the Assessment Exception itself shows the flaw of new model? I heard that there is no measure to compensate the result. They only talk about stronger complaint system, but I feel anger for keep this flawed system as it is.”

Disability organisations expressed their will to fight until achieve the “real” abolition of DRS, which means the welfare paradigm shift from Provider-centred to Demand-centred.